The new iPhone, and iOS 11 with it, debut on the 12th of September and offer some great security enhancements.

The new iPhone, and iOS 11 with it, debut on the 12th of September and offer some great security enhancements.

It’s that time of the year – when Apple iPhone fans everywhere start to anticipate the roll out of the company’s latest and greatest technology. The new iPhone, and iOS 11 with it, debut on the 12th of September and offer some great security enhancements.

Beyond an array of new dazzling features, there are also a bunch functions designed to make the user experience more convenient and secure – including quick disabling of Touch ID and most importantly, an improved built-in Password Manager. 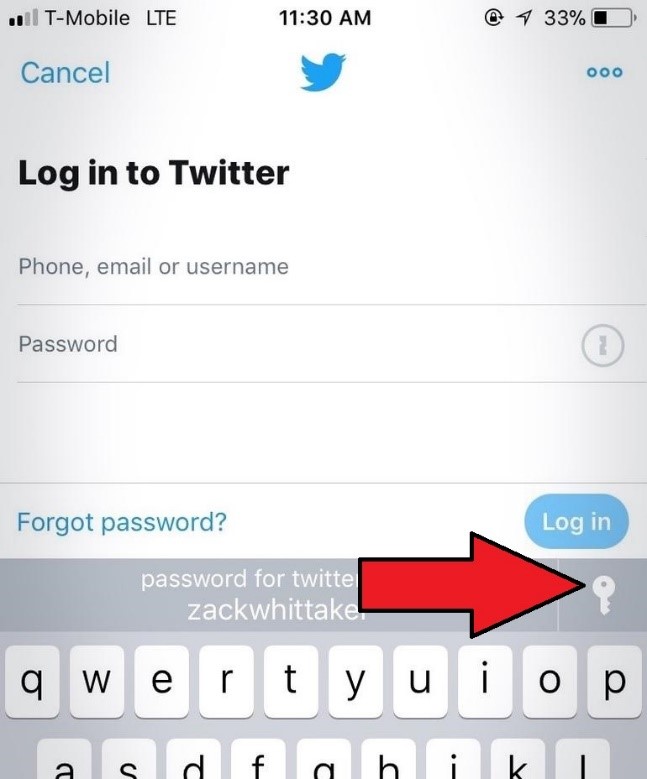 You may already be familiar with using the “save password” function in your Safari browser, however iOS 11 takes this to the next level to allow the password manager to work outside Safari with standalone apps too.

Now whenever a login box appears, a small key logo will also appear to allow the user to select and choose from their list of previously saved passwords.

Password managers are increasingly popular as they take the effort out of remembering long sets of passwords for each app, website, platform. In addition, password managers often encourage users to use strong, unique passwords, which prevent hackers from reusing stolen credentials from one service to attack a user on another site.

Can this replace a paid third-party password manager app?

While this improved built-in password manager offers more convenience to the user, it’s still a relatively bare-bones version compared to the many third-party password manager apps available in the market, many of which have far more security and privacy-focused features build in.

*Functionality and feature based on beta version and may change upon release.

Feeling like you are about to be robbed or detained by police? iOS 11 allows users to quickly disable Touch ID and even place an emergency call by clicking on the lock/unlock button 5 times.

The iPhone then display the lockscreen with options to make an emergency call or offer up the owner’s emergency medical information.

In addition, it will also require users to enter a passcode to unlock their device. This would prevent a would-be thief or attacker from forcing a user’s fingerprint onto the iPhone’s home button to unlock it.

“Tap to trust” No More

With previous versions of iOS, whenever you plug your iPhone into an unfamiliar computer, it will simply prompt you to confirm whether you are willing to trust the new device before any data exchange occurs.

In the latest iOS upgrade, the “tap to trust this new computer” function will require the user to enter their passcode as an additional step. This means that if your phone is seized by government officials or criminals, they won’t be able to run advanced forensic software on your phone if you refuse to provide the passcode, hence providing an additional layer of protection.

What else can I do?

Besides using strong passwords and password managers, DynaRisk users have many other options at their disposal:

Go to your DynaRisk Dashboard to add email addresses onto your account to check for potential identity breaches.

Go to your DynaRisk Dashboard to add your other digital devices to see if they are vulnerable to hacking or running out of date software.